In today’s world, social media is the best way to promote or start a business. It surely has opened new pathways for entrepreneurs in every field, even food. YouTube is one of these. You cook really well? Or do you have a mind that creates really innovative food recipes? Then all you have to do is to make a video of you cooking and upload it on YouTube and earn money! Till then, here are 6 amazing Pakistani food channels on YouTube for you. 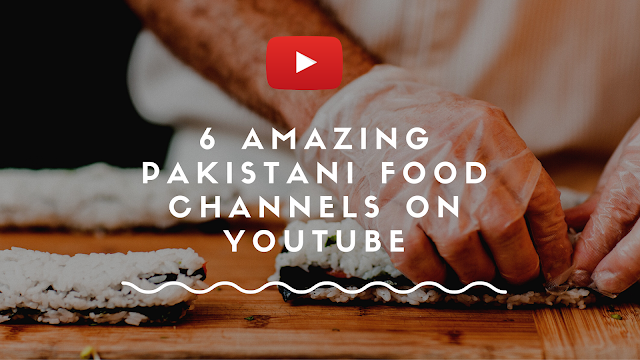 
‘Village food secrets’ has earned a following of 1.53 million people since when it first began in November 2016. Its owner Mubashir Saddique posts weekly videos sharing new and innovative recipes of village, street, travel and hotel foods.  Moreover, it also gives viewers an insight into village and agricultural activities like his video about the harvesting of rice. He earns around 2.9 thousand dollars per month from his channel.  Now to make you crave for some delicious Dhaka chicken, we have the following video from his famous channel for you,

The founder of this channel Asad Memon started this channel back in January 2016 and earns around 3.7 thousand dollars monthly from it. This channel has 1.81 million subscribers and a lot of tasty recipes that range from burgers and cakes to biryani and daleem. It is filled with videos of mouth watering and innovative recipes and serving styles which are posted almost every day. An example of such videos is the following video on the recipe of chicken nugget sliders,

The owner of this channel calls it ‘a Hub of Multi Foods’ due the wide range of food recipe videos posted on it daily. The channel which has a lot of Pakistani and Indian food recipes, has 2.59 million subscribers at the moment. It is run by three dedicated siblings who started running this channel together in June 2016. They earn a minimum of 1.9 thousand dollars per month via YouTube. Recipes of Italian and Chinese foods as well as snacks and desserts can also be found there. Her video on the recipe of chicken samosas is given below,

Several recipes of Pakistani and Indian foods and snacks are available on this channel with an audience of 48.9 thousand people who have subscribed to it. The channel is new on YouTube since it just started in July 2019. The owner earns more than 371 dollars from it monthly. Amongst the tasty recipes given on this channel is the following one of chicken hot shots,

‘Bros meet the world’ is a channel that has different types of videos. The two brothers who are from Karachi go around the country and even abroad and try different foods and make videos about it. They also produce a lot of vlogs. They started in July 2017and since then, have gained an audience of 149 thousand people on YouTube. They earn around 162 dollars per month on YouTube by making 1 to 3 videos for each month. One of the many exciting videos from their channel is given below,

Rana Hamza Saif’s channel earned 225 thousand subscribers on this YouTube channel named after him since when he first started it in October 2016. He also makes vlogs as well as food review videos. He has taken his audience to different places in and out of Pakistan through his videos and shared the reviews of foods there. He earns about 495 dollars per month from his videos on YouTube and posts one video almost every week. The following video is one amongst his many amazing videos,

All of these people have some really amazing content on YouTube which is the reason behind their fame. So, what are you waiting for? Go, grab some information on finger licking food recipes.