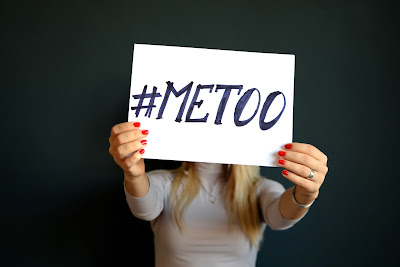 Can #metoo Have Lasting Influence To Stop Sexual Harassment?

The day of 5th October 2017 served as a red-letter day in the decades-long rumpus against sexual harassment when the New York Times reported numerous allegations against film producer Harvey Weinstein, of serious sexual harassment, including rape marking the inception of global momentum for the hashtag MeToo. #metoo was initiated by social activist Tarana Burke back in 2006 and stimulated by the actor Alyssa Milano to motivate and encourage people to share their stories of sexual assault and harassment, long untold or unheard.


It was this blend of outrage including a powerful, wealthy prominent man combined with the tsunami of everyday encounters shared through social media that has made an urge for change on sexual harassment. What began in the United States swung rapidly to a worldwide development that has taken firm hold in Pakistan as well.

Over the previous months, Pakistan has been encountering a drawn out #MeToo moment. The nation did not encounter a similar surge of stories and a noteworthy crest as the West did in the fall of 2017. Rather, gradually, women, and a few men, have been gathering the courage to stand up about the trauma of sexual harassment. Given the troublesome and in some cases risky conditions in which individuals who have endured the sexual assault turned out to recount their stories  in Pakistan, this sustained trend has made a remarkable impact.
It all started when in August 2017, a Pakistani parliamentarian Ayesha Gulalai alleged she was sexually assaulted by her party’s chairman, Imran Khan. Soon after more stories starting coming including that of the renown singer Meesha Shafi’s. Meesha, on April 19th 2018, gathered the courage to speak against the sexual harassment she faced by none other than another prominent actor/singer of her industry, Ali Zafar.

I believe that the recent momentum to call out and condemn sexual harassment is serving as an exceptionally powerful catalyst for change for a quite number of reasons.

First of all, it sparkles a light on the genuine prevalence of sexual harassment in our everyday lives. While the entertainment industry and media began the discussion, #metoo discloses to us that these encounters are not restricted to a specific place, industry or occupation.

Secondly, the narratives shared by the victims instruct the community about the mischief caused by sexual harassment to people and the costs to associations. While many have accepted that sexual jokes, remarks, banter, propositions, chitchat and touching cause no genuine damage, yet it influences well being, meddles with work performance, brings down profitability and impedes career progression.

Lastly, we have adapted progressively about the "silence" encompassing sexual behavior, silence that is clarified by fears – for the sake of safety, well being and careers; fears which have been acknowledged when protestations were met by frames of mind that pardoned, limited, trivialized or justified sexual harassment, and worse – not only blamed but also punished the victims.

While #metoo calls for activity, what it can't convey is answers for supported change. The stun of learning the pervasiveness of sexual assault is a crucial precondition. In any case, it doesn't furnish managers and laborers with the frameworks, abilities and culture to prevent and react to the sexual harassment. Social media may have begun the discussion and uncovered the size of the issue yet it can't comprehend it. Without the help of active participation from state's end, #metoo wouldn't have lasting influence to stop sexual harassment.