Today we want you to meet an inspiring individual, Muhammad Akhter who never happens to attend any college or university, yet he may get a Doctorate degree anytime soon! NUST college of EME, UET Taxila, and Islamic University of Islamabad have already recommended him for an Honorary PHD degree.

Muhammad Akhter has attended only middle school and guess what? He has developed Pakistan's first horizontal six-blade automatic wind turbine for generating wind power! He has launched over 500 high quality turbines and also manufactured electronic hydraulic speed governor and testing rig. The latest wind turbine is supported by first of its kind long feed speed governor and multi-stage generator which have also been developed by Mr. Akhtar, who runs his workshop near University of Engineering of Technology, Taxila. He has been developing Hydroelectric Tribunes from has 30 years, yet the Cost Effectiveness is the major factor that distinguishes his Tribunes from the rest. 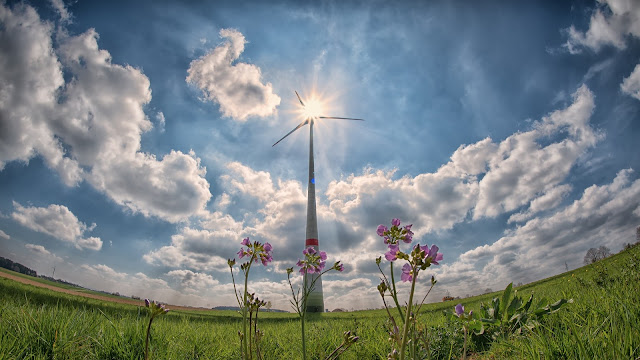 According to him, he has explained to Intellectual Property Organization (IPO) of Pakistan that the last Tribune model which was built in 1848, he will make it with less accessories. He will remove accessories like Wicket gear, Spiral Casing, connecting rod and regulating ring etc. due to which their number would be four time less and this will reduce the price too with the same ratio. He acted upon his plan and he succeeded in that.

His tribune happens to be the first ever wind tribune of the world which was used horizontally. Usually such kind of tribunes works vertically, the one exported from China was also vertical, but it couldn't even work for an hour. However, his tribune has been running for over five thousand hours and is still working up to the mark.
He stated that according to Global Wind Energy Council estimates Pakistan could generate up to 50,000 megawatts of electricity from wind. The recurring cost of electricity produced through wind, he added, was almost zero. The wind corridor is 60 kilometers wide between the cities of Gharo and old port of Keti Bandar and it extends 180km upwards to Hyderabad.

His small workshop in Taxila came under spotlight in November 2008 when the University of Engineering and Technology (UET) awarded him gold medal for his inventions in hydropower generation. Despite the fact that Akhter has been awarded many medals, yet he is running short of funds every passing day. His burden of loans is increasing. It is worth noting that he sold his land for Three Million and spent all his money on the Research and Development of his project.

Muhammad Akhter, is a simple man leading a simple lifestyle. He can be spotted sitting on the ground around his workers, having his lunch. People like Muhammad Akhter are indeed the true pride of Pakistan! Having received no proper education after middle school still working his best and investing his valuable time for the betterment of his country.

'It doesn't matter you were born as Legend But what does matter is Legendary End. Think About It.'

However, he needs funds rather than awards from the Government. He needs financial support to invest on the development of wind tribune construction and development and to keep his projects running.