8 Interesting Things After Pakistan's Victory In CT17 Will Surely Make You Smile!

Here in this article we are going to enlist 8 interesting things that happened after Pakistan's victory over India that is definitely going to put a smile on your face. 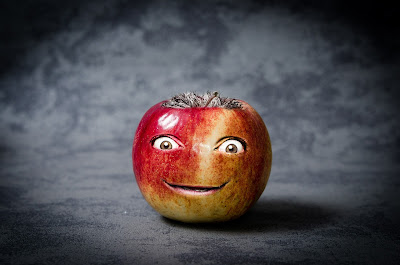 1.  Jazz Ad
After Pakistan's victory in CT17, Jazz launched a very taunting TVC called "No Issue- Laylo Tissue" that hit the Indians where it hurts the most. Jazz has done a splendid job in capitalizing the opportunity by getting super aggressive and offering Indians the tissue papers, which they needed most after the loss. That was a TVC much needed to shut the mouths of Indian media. It was basically a reply to the famous ad "Mauka Mauka" that was launched by India for Pakistanis few years back. Needless to say the TVC took the Internet by storm and Pakistanis around the globe flooded the Internet with that TVC.

2.  Pehlaj Dance On Ary
Pehlaaj, the son of famous anchor of ARY channel Iqrar Ul Hasan responded to Pakistan's victory in an emphatic manner. The cute kid was super excited and couldn't control his expressions. He danced and made the viewers loved him even more.

3.  Indian Media's Anger On Sarfaraz Singing The Mauka Mauka Song Infront Of Huge Crowd
Our captain, The Great Sarfaraz Ahmed received a warm welcome on his arrival and great celebrations were held at his place. A huge crowd of people gathered outside his house waiting to praise their captain upon his arrival. The captain also didn't disappoint his fans and sang the famous "Mauka Mauka" song with the crowd. The video of him singing this song went viral and when it reaches to Indian media it made them truly angry.

4.  Bumrah no ball ad by traffic police
No balls can cost big time and one No ball actually did cost India big time in the final! Jasparit Bumrah bowled and got Fakhar Zaman out on that delivery however unfortunately (for him) it was a no bowl and Fakhar was not declared out. Fakhar continued roasting Indians and scored a century for Pakistan which became the foundation for the victory. This no ball by Jasparit gave the Jaipur Police a chance to mock him up and came up with a hilarious hoarding that said, "DON’T CROSS THE LINE YOU KNOW IT CAN BE COSTLY." Needless to say, it pissed Bumrah off BADLY.

5.   Fix Tournament Comments
After Pakistan has won the Champions Trophy defeating India with a massive target, a few people keep on raising eyebrows on how the battling green shirts defeated The Undefeatable men in Blue.

Indian artist Kamaal R Khan has claimed that the match amongst India and Pakistan was fixed while the International Cricket Council (ICC) also participated in the activity. He trusts the Indian team would have never been crushed by "An Eighth Ranked Team" if not for "External Help". He safeguarded his supposition by saying there are interests of bookies and a lot of wagers are put on both the teams. One of the Pakistani Qutaiba Mehmood also released the video about this fixing issue which is really interesting.

6. Indian Media Holding Zainab Abbas Responsible for Their Loss
Zainab Abbas has become Good Luck Charm for Pakistan because of her cursed selfies. Zainab was caught taking selfies with players from different countries during CT17 and it was witnessed that whatever team's players she took selfie with, that team lost. She went on taking selfie with Virat Kohli too and the Indian media made her the subject for their defeat. They claimed it was her cursed selfie that was a factor of their defeat! 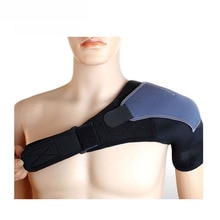 Bol Channel recently invited the entire Pakistani cricket team to their programme, "Game Show Aisy Chalay Ga" hosted by Aamir Liaquat. The players received a warm welcome and a really grand reception was held to celebrate the victory. The players were invited with their families. Great celebrations were held and the CEO of BOL, Mr. Shoaib Ahmed Shaikh awarded the entire team with the prize money of Rs. 1 Crore for winning the trophy. The whole idea behind this was to motivate ad encourage the efforts of the players.

One of the Indian little fan was crying during match while his mom was giving him sympathies, she also captured these moments and uploaded the videos which went viral. This video truly shows the level of love for this game. Cheer Boy, Enjoy the game.