Recent act by Lionel Messi is disgraceful which must be condemned

Lionel Messi is a world-famous footballer. He is an icon of this game with no doubt. In a recent incident during one of the world cup qualifying matches he has been suspended because of insulting an assistant referee. He has been fined and penalized under FIFA Disciplinary Committee’s rules. He has to pay $10,000 as well as he cannot be able to represent his team for next four matches.


Most disturbing part of such incidents that these don't leave good impacts on the young generation’s mind who love this game with passion and follow their heroes blindly so repercussions of such negative acts must be discussed openly before these will get worst.

Every famous personality either in sports or in any other field must think twice before making him a part of such negative actions. This is just a matter of thinking that what would be their standings if someone from their fans list repeat the same kind of act!

We request every sportsmen to please do not make themselves an example in such bad incidents and always spread the positive messages either through their words or body language. 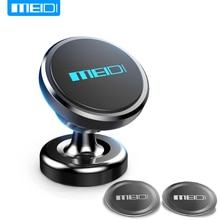 Tourism is reviving in Swat Valley. Be confident to visit it again, Let us assure you!

Swat - which is also called the Switzerland of Pakistan, is a valley in Khyber Pakhtunkhuwa. It is the upper valley of the Swat River, which ascends in the Hindu Kush range. In a region brimming with the glorious view and dramatic scenery, Swat emerges as an especially magnificent corner of northern Pakistan.

With brilliant green meadows, clear lakes and high mountains, Swat offers a place of mesmerizing natural beauty and often regarded as heaven on Earth. Swat is clear for all, locals as well as foreigners. Anyone can freely go there.

Team Thinklikegiant has recently visited this valley so in this article, we are going to list for you all possible details about this beautiful valley.
So the first question arises in one's mind while planning to visit Swat is if the valley secure enough now? Absolutely yes!

It was a matter of couple of years ago that it was ruled by Talibans but now it's completely clear for everyone. You can enjoy the valley's beauty without having any sort of security concerns. The people of Swat have been through tough times over the course of the past decade . Let it be the Taliban attacks, the military operation or the natural disasters the people of swat have faced these conditions bravely and now they have returned to a normal life .To help the people go back to a normal life and help them out of depression, many recreational activities have been introduced in Swat for instance an  amusement and gaming center called Motion Rider (which has the facility to play games and also includes a 3-D cinema) , Pakistani clothing chains from major cities have also opened.

In spite of the fact, that in the reigns of Taliban Swat suffered a lot but now it is being rebuilt. Although the residents of Swat have seen worst but they are again back to life. The 2010 flood had left the small bridge over the river Bahrain badly damaged and Bahrain’s people found themselves on either side of a stream and many villages in the region were cut off from the main road.

The bridge was rebuilt with UNDP and SFD support. In addition, a six-km stretch of PCC road was resurfaced in the village, making transport swift and easy. Similarly, a newly rebuilt Gidarsar link road connecting village to the rest of the world has changed the lives of 5,000 people living in the area.

A project impact evaluation study conducted by an independent consulting firm has revealed that community access to markets, education and health services has improved by 90 percent, while access to livelihoods has improved by 85 percent
2011–2016 was marked by the rehabilitation of 761 schemes, including 107 link roads, 284 street pavements, 159 culverts, 84 small bridges and 127 irrigation/drainage channels through the Community Resilience Malakhand project.

You definitely need to buy one of these,
The Must-Try Cuisines:

The fruits from Swat are very famous across the country. The most famous produce of Swat includes apples, walnuts, citrus, apricots, pear, peach, cherries, plums,  and melons.

The apples of Gwalerai(a village Located 38 kilometres away from Mingora)are the most popular produce of swat .The village also grows ‘Shaftaloo’ (large peach).

Every year swat witnesses beautiful snowfall, the places to see in the winter season are :

Malam Jabba: located at a height of about 9,000 feet above sea level. Snowfall begins in the month of November and the area wears a thick white snow . It is the only ski resort in the country open for general public with ski slope of about 800 meters. Proper training camps are also arranged for beginners.


Miandam valley :  located in Hindukush mountains, some 40 Kilometers from the capital city of Swat, Mingora . The valley is easily accessible and is an abode for nature lovers. This is the place for those searching for a serene place brimming with scent and grand excellence. In summer a large number of visitors visit here.

Encompassed by mountains and thick woodlands, the valley stays covered with a dense layer of snow in the winter season making an entrancing scene.

Kalam Valley :  Located about 100 kilometers from Mingora, Kalam is considered one of the most beautiful valleys in the world. With over 500 hotels, big and small, the valley is packed with tourists.

(Butkada Stupa), a standout amongst the most critical Buddhist holy places in Swat, and is close to the exhibition hall.

It lies at a separation of seven miles from Madyan. Bahrain means "Two Waters". It is named due to the fact that it is situated at the convergence of Daral and Swat waterways. Due to two streams, the environment of Bahrain is constantly charming. The tourists visit here consistently. There you can discover numerous inns with a sensible rate.

Marghzar is a small town situated at about 13 kilometers away from Saidu Sharlf. It is famous for its White Marble Palace .The palace now serves as a hotel. While going towards Marghzar, a road turns to Islam Pura, which is famous for its woodwork, shawls and blankets. The White Palace at Marghazar was the residence of the Wali of Swat, Jehanzeb. The palace was  built in 1940 by the first king of the Swat Valley, Mian Gul Abdul Wadood .

Situated two kilometers from Saidu Sharif near Mingora, Islampur is popular due to its handloom weaving sector, which serves as the economic lifeline for over 4,000 village population. Hand-woven shawls and traditional blankets made at Islampur are supplied to domestic markets as far away as Karachi.