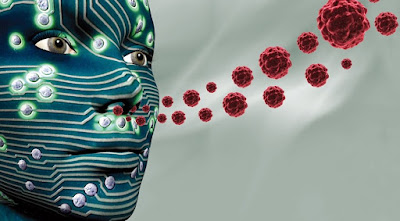 A Device Can Detect Diseases Through Breath. How Effective Would It Be In Near Future?

Can you imagine discovering what is actually making you feel sick just by your breath? Well, my friend, that's possible now!

A new device called Na-Nose, has been invented that can detect seventeen different diseases just by smelling a patient's breath. Researchers and Scientists utilized the gadget to test the breaths of more than 1,400 individuals and discovered it could analyze 17 different diseases—Parkinson's, prostate cancer, Crohn's disease, kidney failure, MS, ovarian cancer and lung cancer, just to give some examples—with around 86% accuracy.

The gadget recognizes the diseases since it gets on something many refer to as 'volatile organic compounds' that the maladies cause to be discharged in a patient's breath. As indicated by the scientists, the 17 conditions all brought about 13 particular compounds being discharged, yet each with their own particular pattern.


How Effective The Na-Nose Would Be In Near Future?

Let's have a glance at a few ways of the amazing discovery, the Na-Nose would be effective for us in future:
Researchers have confidence that in various years the device could be affordable and sufficiently simple for individuals to use at home. Thus, individuals who aren't even showing any symptom of any disease could be screened, prompting to early diagnose and more fruitful treatment. For instance, Haick (the founder of the device) says the Na-Nose could be utilized to expand lung tumor survival rates from 10% to 70% simply through early diagnosis.
According to Haick,

"One of the major challenges in the modern era of disease diagnosis is how we can detect the disease when we are still feeling healthy".

The device would also help in predicting possible risks of diseases. The scientists are designing the device such that it would, not only predict the disease but would also point out the people that would be at high risks of catching a disease.
As stated by Haick, their team is working to incorporate this technology into smart phones, which will make it easier for general public to access this technology. This may seem a bit uneasy and terrifying, but nobody can deny the fact that an early diagnose is extremely essential. With public getting more aware of using this technology, early diagnosis would be made that could possibly save many lives decaying from deadly diseases!

In a nutshell, the magnificent device will serve as a life-saver in coming years. The ultimate benefit that the device is going to offer, is the early detection of diseases which would provide a better chance of survival for people with deadly diseases like Cancer.