Windies late heroics made them a true champion in the game of Cricket!


We have seen, how troubling the UAE conditions had been for the West Indian team. Looking at T20I's and ODI's performances you can clearly state they were outdone and easily beaten in shorter two formats. Pakistan team were all over them in their fortress (UAE), and the West Indian young and inexperienced were close to being nowhere on the scene.

They come from a very mismanaged infrastructure and recently the controversies we have seen happen on the board and the cricketers, statements coming out from both sides, players criticizing and getting sacked. There have been a lot that has changed the cricket of West Indies. But the one thing we should keep in mind is that West Indians are always and will always remain the true entertainers of the game, as they were since the beginning of the game.

What you should consider is the fight they brought in the longest format of the game, the Test Series. They had shown resistance, compassion, brilliant stroke play, made Pakistan test team the No 2 ICC ranked Test team to play well at the same game they are brilliant at in recent years.

It was a tough tour for West Indies, new conditions, different pitches, hot humid weather and a good side as Pakistan upfront who is familiar with the conditions and look so solid when playing in the deserts of UAE. You can say Pakistan were a good side for them to play in such tough and rough conditions for Islanders. You have to give some credit to them; they came with an intention to prove themselves to the world. They knew they are a young side but they played with unity and togetherness to play as a single unit. They played with strength, resistance, made Pakistan work for their wins in the Test Series which hardly we have seen from any of the visitors playing against the men in green.

They showed brilliant game plan under a young captain who just started his international career and has to deal with all the controversies spinning around the team and WICB recently. It would be a good experience playing in such conditions can make you strong both physically and mentally. We are sure one day this team will be doing wonders they have star players such as Samuels, Darren Bravo, Bishoo, and a new talent as promising as Brathwaite. No doubt they are under pressure to rebuild their team and it's status, however, keep in mind they have always had infrastructure problems ever since the times of Vivian Richards, and they were the champions of the game at its start. These players will groom with time and flourish at International Level Cricket. 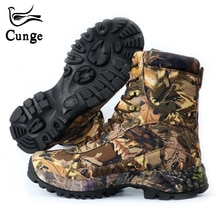 Big thumbs up to the Team, and their commendable effort that they played with heart and soul even they lost yet they deserve a round of applause and all the acclaim they can for the brave effort and resistance they showed in UAE.

A hard fought tour it has been for West Indies team they were young and inexperienced and nothing can be said wrong about the passion those lads carried in them. They know how to celebrate the success as well as defeat. They have always been the 'Entertainment providers' of the game. The way they celebrated with Gangnam style after winning 2012 WT20 and with their invention of 'Champion Dance' during WT20 2016, it entertained the whole world.

Windies offers lots of lessons to other teams to learn from them. Yet with all the difficulties they go through, they never lose hope and come up with the untiring spirit in the next game.

They will rise from ashes again, they will develop and come strong just as they did back in 2012 and 2016 by winning the ICC WT20 and became the first team to win two WT20's. Surely nobody can deny that,