9 Hollywood and Bollywood movies based on textile/Fashion

Textile/Fashion industry is one of the largest industries in the world. Many movies have capitalized on this industry directly or indirectly. 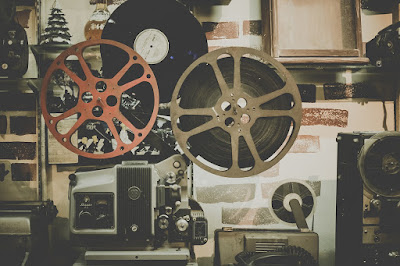 Some of the movies are:

This musical adaptation of a Broadway play, starring Audrey Hepburn as role model Suzy Parker and Fred Astaire in Richard Avedon, is certainly an essential satire on the fashion of the fifties.

Diana Vreeland: The Eye has to travel Lisa Immordino Vreeland (2012)

Diana Vreeland, editor of two major US magazines from 1935 to 1971 whose influence is still felt today. The documentary brings together historical documents and interviews with Diana and his staff to track the incredible life and try to identify the personality of this visionary journalist and stylist.

More interesting than the 2006 biopic, Ciao! Manhattan traces the life of the model Edie Sedgwick, Andy Warhol muse decadent, died of overdose three months after the end of filming. Abstract and conceptual, Ciao! Manhattan adds the shooting of images and evenings at the Factory on background hallucinatory replicas of Edie and shuffleboard between documentary and fiction.

With his blue jacket and his bike, the famous photographer of street style Bill Cunningham walks the fashion weeks in New York and evenings with the same smile for decades. The documentary looks back at his impressive career at the New York Times and the intimacy of one of the most discreet fashion figures today. The focus is unlikely his apartment, a tiny closet of Carnegie Hall.

This was one Bollywood movie that showed the dark side of the fashion industry. The success and failure of a model were shown very well in this movie. The performance by Priyanka Chopra was very good and it made this film treat to watch.

For the first biopic of Gabrielle Chanel, Anne Fontaine chose to cover the youth of the seamstress, until 1919. Nicely played by Audrey Tautou, Coco future dismisses one by one dress codes for women of her time and the first track lines of a style that will become iconic.

Scandalous in its theatrical release, Blow Up has become a cult film, combining murder, fashion and eroticism background of Swinging London. Antonioni depicts 24 hours in the life of a photographer mods and obsessed megalomaniac, who loses control of his life for a murder he believes elucidated. The unbridled shoots and appearances of cover girls Veruschka and Jane Birkin in total Carnaby look still make us dream.

This movie showed the success of individual independent women in the field of fashion designing. Various designer clothes were shown in this movie and the main plot of this movie was related fashion industries.