why scientists are enthusiastic to develop yarn through spider silk?

Scientists have been taking keen interest in Spider silk since long and recent researches in spider silk proves that if they will be able to produce it industrially then it can not only replace Kevlar (which is a man made fibre having high tensile strength and used to produce highly strong materials) but also will help to produce many items like nets, seat belts, ropes, parachutes, surgical thread etc. There is another property of spider silk is that, it is being made naturally so it will support to keep clean the environment as well because spider silk is biodegradable. Kevlar involves petrochemical processing which is the source of pollution so if scientists will get success to produce such strong fibre at industrial level, then time will not be far away when we will see extremely strong items which will be environment friendly as well. 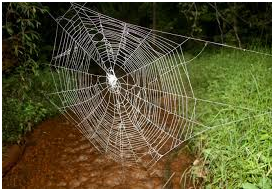 Let us show you an example for one of the toughest strand produced by a spider Darwin. This will help you to know, why scientists are enthusiastic to develop yarn through spider silk?

When it comes to building or rather we can say a trap for the prey no one can build a better one than the spider. Just when you see you’ve seen all the biggest traps that exist then you’ve been thinking wrong all these days as the toughest element on the earth, silk is being used by the spider to build one of the best traps across the world by any animal. Recently from a surveyed interviews and few videos that I've analyzed from many of the organisations which are constantly trying hard to find out the reason that how can a small spider can build such a trap which is tougher than solid and the toughest that’s available on the earth. A 3 cm Darwin’s bark spider can spray a strand of silk as long as 25 meters or more. Darwin bark is one of the largest producers of orb web with web size of around 900-2800 square centimetres that was found in 2009 in Madagascar and their silk was one of the toughest materials that have been ever studied till date.

They try to make their web over the river so that they could catch as many preys as they can and could even catch up to 32 prey at a time. The main reason why the silk has gained such toughness is because the change in the habitat and the adaption that the species has made over the past years. What this species does is it releases large amount of bridging silk in the air and thus establishing the web it is then made straight and thick by continuous ejaculation of silk and in one direction to ensure that the bridge that has been made does not get broken down but if this happens then the remaining part is sucked again by the spider and collected. He may consume that silk or after some time and again eject the silk to build the same kind of bridge. Their species display extreme sexual dimorphism which is more number of females as compared to males and this has been the main reason being the extinct species but none of them is measured above 2 cm. 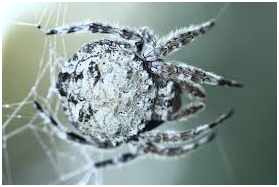 They exist mostly near the water bodies where they can trap as many flies as they can with very fewer efforts. After the silk is being released they try to make reside in the trap by making a hexagon. One must say that the technique of making a strand of silk is unique in itself and if you will look closely you can make out the precision with which the strand is made so as not to miss even a single prey. The sticky nature of the strand is what the flies and other small insects fail to stay away with because it is not visible to most of them.