Top ten richest businessmen of the world who are related with Textile, Apparel, and fashion business

Here is the list of the famous businessman that are related to textile and apparel and are ruling the world with their major contribution.

1.    Armancio Ortega is on the top when it comes to the richest person in the field of textile and apparel. According to the result generated by Bloomberg his net worth was around $70.4 billion. He stepped down as the chairman of Inditex which was a $15.8 billion fashion firm. Son of the Railway worker he started as a gofer in the shirt store and now he own properties in  Madrid, Florida, London. His daughter works for Inditex though. He is the man behind the worldwide famous retail store Zara for its clothing and accessories. 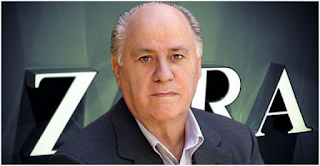 2.    Bernard Arnault is a French businessman, CEO, and chairman of the famous French conglomerate LVMH. His net worth is almost around $31 billion till January 2016. He retained the title of the richest European and fourth richest person in the world. Due to the strong demand for the luxuries like Dom Perignon champagne, Louis Vuitton accessories, and  Tag Heuer watches in Asian market helped to rose their market by more than half since 2010.
3.    Stefan Persson is the current chairman and shareholder of H&M (Hennes & Mauritz) and earned a total of $24.8 billion till January 2016. In a report made by Bloomberg, he was the 17th richest person having a net worth of $23.5 in the year 2012. He landed his properties to H&M. 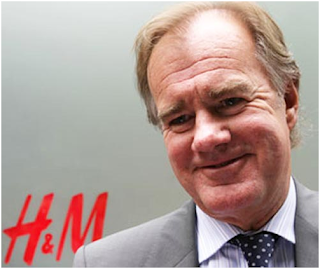 4.    Miuccia Prada has a net worth of $4.2 billion as it was estimated by Forbes as of May 2015. She is a designer of women's apparel and fashion. She got married to Patrizio Bertelli who is her business partner too who takes care of the finance while Miuccia takes care of the creative flow.

5.    Giorgio Armani a fashion designer has a net worth of $6.4 billion according to Bloomberg, as of January 2016. In 1975, he formed his own company Armani which is famous worldwide for its apparel and accessories which helped him to notched up a turnover of almost around $1.6 billion and was acclaimed as the successful person of Italy in 2001. In the year of 2013, the net worth of the company was around $8.5 billion.
6.    Alain & Gerard Wertheimer owns the famous French brand Chanel estimating the total net worth of $11.6 billion according to Bloomberg. Apart from this, they both own two vineyards in France, Rauzan-Ségla in Margaux and Chateau Canon in Saint-Emilion.
7.    Ralph Lauren has an estimated net worth of $6 billion according to Forbes as of January 2016. He bought a house spread around 5.5 acres which has a tennis court made of clay was once owned by John Lennon and Yoko Ono. He also has a collection of dozens of cars vintage watches like Ferrari, Bugatti, Bentley, etc.
8.   Patrizio Bertelli has a net worth of $4.2 billion. He met his wife and business partner Miuccia Prada in a trade fair and took over their family business in 1978.
9.    Renzo Rosso owned a clothing company Diesel and has a net worth of $3 billion. Diesel is known for their denim jeans and apparel worldwide.
10. Nicolas Puech has a net worth of $2.1 billion and is on number 704 on Forbes Billionaires 2013.