Star Wars is an American film released in 1977 and directed by George Lucas. The main aim from the movie point of view is to destroy the space station of Galactic Empire. A total earning of $771 million worldwide and surpassed to become the highest earning movie of all time, until Extra-Terrestrial in 1982 made it to the film industry. Lucas started writing for this film in January 1973 by taking small notes. He used to write for eight hours per day and 5 days in a week. Many of you must be thinking that what’s a big deal about star wars and why people are posting it on the social media to express their emotions. Millions of dollars are going be generated through toys, games, movie and other things that include star wars in it. This may seem insane to some who has not watched star wars yet. 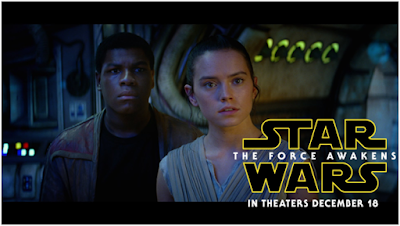 The earlier generation didn’t had a great knowledge of filmmaking and was exposed to very basics ideas about how to shoot the overall scene, but the one that was released in 1977 did surprise many of them who were not expecting that the movie will take their viewing experience to another level. From being the biggest hit of all time to selling all its accessories and become famous in children, Star Wars has achieved everything in this time span. I would like to get into more detail about the new release of the Star Wars and that is The Force Awakens and though I’ve come across many movies, this was the most reviewed one when compared to others so I rather thought of analyzing what other people think about Star Wars than expressing what I felt. Many of the people surely loved the way it is shot and what I meant by that is the visuals, sound effects, a breathtaking topography and effects and there are some also some scene where you’ll get a feeling of nostalgia.

There are basically many things that inspired many generations through different ways and this has made a huge impact on every generation and because of the 4th and later edition has been released later which had more of actions scenes made people curious about the first 3 editions to get release to help them understand to know the whole story and link between all the parts. Characters in the film imagine themselves into other planets when they go through a comic book and this has what made things interesting. Various use of technologies not only in the recent parts but also in the 90s where there wasn’t much exposure to technology. The movie has showcased how the world will be like in the near future and how far it will take humans in terms of technology and other things which we are still dreaming about and this is why Star Wars is achieving success to drive people crazy about it.

There might be more advancement in the movie in the later part and people flooding the social sites about what they expect in their later releases.