How coincidence never leaves you ? Some great examples!

As we all know what coincidence can do in our day to day life and happens almost every day. Many times people try to relate or link it with some other thing or even can take it as some sign from the universe. The main reason why they been called as coincidence is maybe because it causes real accidents which occur by chance without having any connection with anything. But it can be harmful, harmless, funny or rather dangerous. 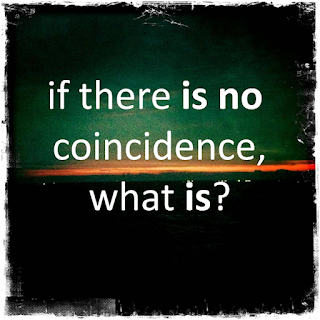 Here are few examples of coincidences

1.   In the early’s of 1930, a mother would be grateful to a man named Joseph Figlock who was walking down the street when the baby fell down from the window and luckily the fall was broken and both were unharmed. a year later that same baby fell down again on the poor as he was passing beneath and then again both of them survived.

2.   On July 28th, 1990, King Umberto 1 of Italy went to a restaurant in Monza for dinner and then he realized the owner has the same name and after discussing they found out some more similarities like both were born on the same day, married to the woman with the same name on the same day, the restaurant opened on the same day when he was crowned and the very next day he came to know that the owner died in a mysterious shooting and while expressing regrets he too was assassinated by anarchist in the crowd.

3.   In 1985, there were only two cars in the state of Ohio and both of them crashed into each other.

5.   A South African astronomer named Danie du Toit aged 49 while giving a lecture warning that death could come at any time. Concluding his speech he sat down, popped a peppermint in his mouth and promptly choked to death on that candy.

6.   Two women went into an office to register a complaint as both were allotted the same social security number due to a computer generated error later they found that both of them shared the same name, born on the same date, both of them share the same father name and both of them were married to military men in the same year each having two children aged 19 and 21.

7.   In 2002, a 70-year-old man was struck and killed by a lorry when he was attempting to cross a highway on his bicycle 600 kilometers of Helsinki. Two hours earlier a 70-year-old man died just 1.5 km away at the same spot and they both were brothers and both were identical twins.

8.   West side Baptist Church in Beatrice, always used to held practice for its choir on Wednesday evenings at 7.20 pm sharp. At 7.27, there occurred an explosion due to leakage of gas but luckily not even a single soul was harmed because all those 15 people and the director were running late that evening. 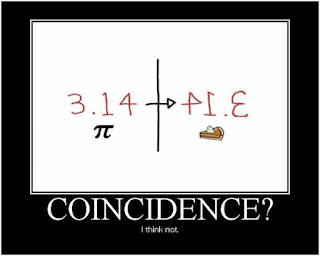 These are some great examples of the coincidence that happened in the past and proved that they can occur anytime without any notice.