Growth of European Apparel retail business in the last decade and how much benefits have gained by South Asian countries from this business?

After a heavy recession in the last decade European market is now slowly started to gain speed in the retail business of apparel but a growth of nearly about 3.1% in the last five years in 2014 there are still some hopes for the retail market, therefore, the verdict predicted that it might take a decade or up to 2017 to recover from this heavy recession so it is much more important that retailers try to seek out those gaps to find opportunities in such a limited time span. As we all know that the sales of branded apparels as that of locals (other) brands has not been so consistent and before the global economic crunch the retail sector of apparel and textile was ruling all over the world but due to economic slowdown there was a sudden decline in their overall sales and that has caused many problems. 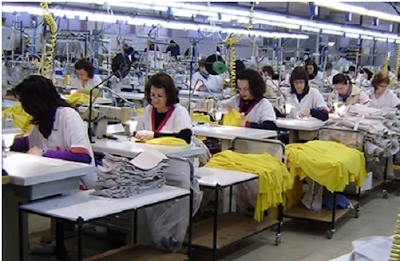 Though most of the other countries are slowly under recovery and are doing well in the last few years European market is still slowly paced. We all know that the textile industry in Europe is very popular and almost stands on the top comparing with other countries and is one of the main sources of income for the locals. The versatile nature of the designers and different demands of the customers have forced the retailers to increase the number of brands in any showroom and the reason why this has contributed much more than expected in the European economy.

The main reason why the European countries are struggling is some of the countries are still struggling to recuperate from the financial loss that they have faced. There are still some hopes but Germany is doing much better and has taken a global lead in the clothing sector. The reason is they have provided customers a wide range of brands with reasonable prices and that has attracted more retailers to open up their stores in Germany.

Talking about South Asian countries as they are not only the most populated regions but also are emerging as a strong contender in textile market and the reason being abundant availability of cheap labours along with water and other raw materials required for the textile industry and some good healthy production of cotton has set up a good potential in this region. Big countries like the US, UK and other such countries are strongly dependent on the textile that is being imported from this region. Countries like India, Sri Lanka and Bangladesh are the most beneficial due to the removal of textile quota from the developing countries.

According to a report given by Apparel Export Promotion Council, in 2013, the textile export from India was about $40 billion and the total global export accounted for about $772 billion in which India contributed almost about 5.2%and the share has increased by 17.2% in 2013.  Displaying a growth rate of 23% India beats China and Bangladesh while the growth rate of global textile is only 4.7%. The growth is exceptional and remarkable and has left countries like Germany and Italy behind to become the second textile exporter in the world.

Due to such exceptional work South, Asian countries are doing much better as compared to other countries in the textile market.