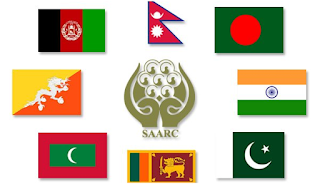 Why South Asian countries have immense need of energy savings?

As we all know the renewable resources are getting depleted due to its uncontrolled use and this has become a major problem of the energy crisis and almost all the countries of the world are facing such problem. South-Asia has to provide water, food and energy to almost a billion of people in different cities throughout the day and not proper attention is given to such problem and sustainable management of such resources should be done. Policies on saving these resources should be applied so to avoid such resources from getting depleted, for example, the European Union’s policy on energy is based on sustainability, efficiency and security on the energy supply. South Asia is facing various crises along with insecurities in price hikes and fluctuations of the energy resource which in turns paralyzing the energy capacity of those regions.

This problem are very common in South Asia and due to this India experienced two heavy breakdown and almost at the same time, the annual energy demand is increasing by 4% and some official figures proved shortage of the same at the peak time by 10% and this is not bounded till India but its neighbouring countries like Pakistan who is facing energy crises from 2007 and the estimated demand will reach up to 50,000 MW by 2030. Bangladesh is even in worst condition because only 30% household in rural areas is getting proper electricity while Nepal is facing power outage for almost 20 hours a day during the dry season.

The only concern is how to produce enough amount of food so as to serve billions of people with the same amount of land (sometimes less), a limited amount of water and with the increased price of energy. However these regions are not devoid of other energy resources such as oil, gas, wind, coal, solar energy, etc which allows them to exchange resources with other regions and stabilize the resources need in their own region.

There are some projects that have been undertaken to meet this energy requirement by various regions and are as follows:

1.    Central Asia and South Asia (CASA) 1,000 Electricity Transmission Project: This project will provide hydropower to Kyrgyz and Tajikistan in Central Asia while Afghanistan and Pakistan in South Asia and the trade will be of merely 1,300 megawatts in the summertime and thus generate revenues to both of this two Central Asian countries.

2.    India Mizoram Road: This project is developed basically to open transportation services between India and Mizoram as it is the only source of transportation facility available there which will reduce the cost of travelling for the people living in neighbouring states like Bangladesh and Myanmar.

3.    Nepal-India transport project and regional trade: It is also one of the important projects and help to remove trading and transportation constraints along the Kolkata-Kathmandu boundary.

Thus such projects between the small countries and big countries will eventually help to solve the energy crises by some good amount and help to build good relations with other countries.
Share with
Facebook Twitter Google+ Pinterest Linkedin Whatsapp
HMS Khalid   ●   1/22/2016 06:44:00 AM   ●   Economy International
International