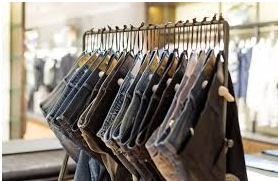 In today’s world where people are more into the fashion industry and like to wear a number of different things be it clothes, shoes, belts, watches and many other things the competition of serving the customer and fulfilling their needs has become one main goal of the companies. They also focus will be to keep a track on the latest fashion and promoting their brands in a various way and this has been the main reason why this textile market has a huge impact on the market worldwide. It has now become a global enterprise which is ruling the market.

1.   Levi Strauss and Co is an American company known worldwide as Levi’s and founded in 1853. The company employs a total of 16,000 staff across the world. Their denim jeans have a great demand in Asia and USA. 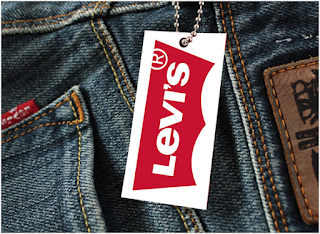 2.  Lee is also an American denim based company founded in 1889 in Salina, Kansas. The company also launched Lee National Denim Day which was celebrated as part of National Breast Cancer Awareness Month.

3.     Diesel is an Italian company located in Breganze, Italy. It has two different brands for clothing Diesel and Diesel Black Gold and also has clothing available for kids called as Diesel Kid. The company spends a total of $5.8 billion on advertising in U.S. so far.

4.   G-Star Raw a Dutch company, who is well-known for their denim and various accessories, founded in 1989 in Amsterdam and now has 6500 worldwide shopping points.

5.    Naked and Famous is a Canadian based company but all its apparel are imported and fashioned in Japan through their high-class material and the name is because of their celebrity-obsessed culture. They are one of the expensive jeans in the market and averaging for a $300 for denim.

6.    Giorgio Armani S.p.A was an Italian fashion designer who started making Armani Jeans and the company known as Giorgio Armani who is planning for collaboration with Emaar properties. The denim is famous as Armani jeans and is increasing their production in Asia.

7.   Pepe jeans London is a denim-based company which established in London in 1973. In recent times, it has made a good reputation in the denim world with its good apparel which last long.

8.   Killer Jeans is established in India and owned by Kewal Kiran Clothing Limited which was introduced in 1989 and has brands across India and is well-known for their high-class denim.

9.    Spykar recently reported a turnover of almost $45 million is ruling the Indian market and on the minds of youths. They use their lab to bring a lot of varieties in the material  of the denim.

10. Tommy Hilfiger is an American based multinational company which has spread its business in almost everything be it denim, accessories like watches, belts, etc.