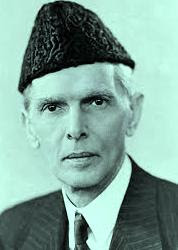 What it takes to be a successful person not in terms of just money or some powers but by winning hearts of the people and doing something for them which will improve their life or improve the society, lets talk about few of them who worked so hard and tried to change their society. From Pakistan the one I would like to talk about is Quaid-e-Azam Mohammad Ali Jinnah was one such hero. He was a lawyer, politician and founder of Pakistan and gave a thought that there should a country who will be identified as a Muslim majority and thus formed Pakistan and his birthday is celebrated as a national holiday. He was the first Governor-General of Pakistan and after giving independence from the Britishes he died at an age of 71 in 1948 and is considered as the greatest Pakistani’s leader.

Next we will discuss about India who have many great hands behind getting freedom from the British rule and one such great personality was Mahatma Gandhi who believed in nonviolence and inspired many of the young souls from that time to fight for Independence and after his many efforts India got Independence in 1947 after calling “Chhodo Bharat” because of the heavy taxes that were applied by the Britishes on salt and also began Dandi Salt March and because of this he got imprisoned for many years. He was assassinated by Nathuram Godse an Indian nationalist on 30th January 1948 by firing three bullets into his chest which result in a sudden death. He is also famous as Bapu and was born and brought up in Porbandar in Gujarat.

Now we will discuss about China which is the world’s most famous and populated country but it has many heroes which helped their country in every other way and one of them was The Great General Yue Fei which is not only famous for his military success but also for his high ethical standards. China was attacked by the invaders from the north by the Jurchens and he has to make a tough decision of whether to go for the battle against the invaders or to look after his mother. To encourage him his mother wrote behind his back some encouraging words jing zhong bao guo- “Serve the country loyally.” He then went to the battlefield with around 500 men and remain undefeated against 100,000 Jurchen soldiers and forcing them to go back. He is still remembered as one of the heroes of China.

The one from Africa is Nelson Mandela who was a leader and an armed resistance who fought against discrimination against white and black which landed to a prison for almost 3 decades and after releasing became the first president for the blacks and remained a devoted champion throughout his life. Talking about Europe Napoleon Bonaparte was a French leader who was also associated in military and in the French Revolution too along with this he also participated in European wars.

For America it was Abraham Lincoln who was the 16th President and helped the country to overcome from some serious crises such as military and constitutional affairs and for Australia none other than Andrew Banjo Paterson who was a poet and a  nationalist patriot  he was a writer who contributed much towards newspaper and poetry and broke all the records in Australia and became the icon itself.
Share with
Facebook Twitter Google+ Pinterest Linkedin Whatsapp
HMS Khalid   ●   1/14/2016 07:59:00 AM   ●   Informative International
International