Why Japan has more advancement in terms of technology than other countries?

In this blog we will discuss about the measures that can be taken by other countries to get ahead of Japan. Let’s talk about technology and how far things have gone except mobile phones and laptops. The recent advancement in technology has been exceptional and when it comes to Japan they are way ahead of other countries and undoubtedly has the biggest electronics market across the globe and not even electronics they are ahead in scientific research too along with medical researches and has received many Nobel prizes in this stream.

The JapanAerospace Exploration Agency has conducted many planetary and space researches along with the development in rockets and satellites that they launch. They are working much harder in the field of nuclear energy after been hit poorly due to the failing of the nuclear reactor because of earthquake and tsunami. In some recent times they have worked in the field of robotic and artificial intelligence so as to automate the living of common man and make his/her life easier by doing almost half of their work with just a single touch. Japan is one of the few countries where automobiles industries are producing number of vehicles per year and it comes 3rd on that list.

What next? they have turned restaurant where waiters no longer serve you and come at your table taking up your order but every table has been well partitioned from other and have been provided with a display where they can order whatever the wish too and the dish will get prepared and reach at their respective tables within minutes just with the help of the automated waiter which are nothing but computer programmed robots moving on the conveyor belt in a horizontal movement. After the order is processed there has been a machine which counts the number of plates and the content that a particular table ordered and according to that the bill is created. Some of the restaurants have separate cameras placed to do this task. 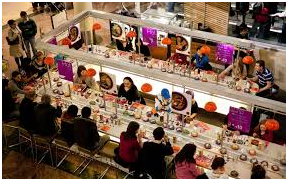 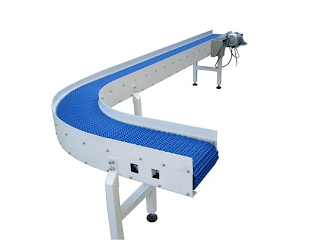 This is all we never even dreamed about but in reality things are really changing and humans are getting replaced by robots. Talking about the design it’s been made in E-shaped where it can serve number of people at a time without the help of chef and providing high quality food at a low price by automating the entire process and once you are done with it you put your dishes in a space where it gets washed automatically. There’s another technique which uses a normal looking plate with an IC chip that’s been fitted on the plate and when a hand machine is passed from that plate it will automatically calculate the price of each dish and gives you the total amount and the biggest advantage is it doesn't make any sound or vibration.

Looking at such technologies other countries are boosting and trying different things to increase their technological power. Steps can be taken by encouraging more and more youngsters to come up with new ideas and give them a big platform to showcase those and maybe one day even they will be having such technologies which can ease the work and remove the burden from the shoulders of the work on people.