WHY USA, CHINA AND RUSSIA ARE NOT POPULAR ON THE INTERNATIONAL CRICKET SCENE ? 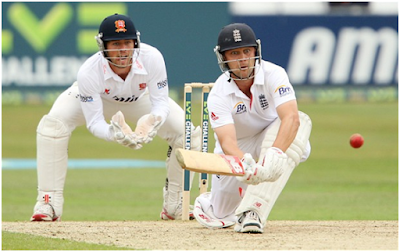 It is true, a game originating or associated with the British empire might not necessarily be popular in the USA, CHINA OR RUSSIA. The game of cricket is a bat and ball game played between two teams of 11 players each (with substitution). Played by over 100 million people around the world, it is the second most popular sport in the world. Up until recently the cricket governing body (international cricket council) did not recognize the countries Russia, China and USA.

The USA was suspended by the ICC for some administrative problems in 2007 but later recognized in 2008. Several reasons amount to its low patronage in the United States, the most notable and early reasons are said to be two in number. First, when the council was 'imperial cricket conference' in 1909, it was only open to Commonwealth nations. It was later renamed to ICC, then the U.S. Got admitted in 1965. Secondly, due to the above reason and some environmental and atmospheric factors, the rise of baseball displaced it in the 19th  century. The popularity of the game in the United States is boosted by the growing number of immigrants in recent years. It can also be encouraged through television broadcast, like when ESPN steps up its coverage recently, buying a cricket website 'Cricinfo' in the process and covering the 2014 ICC T20 competition. A 2006 report establish that an estimated 30,000 play or watch the game annually.

Russia on the other hand was recognized by the ICC in 2012. The Russian federation got its first cricket academy in Moscow that same year. The story of the development of cricket in Russia has many dimensions, notable and foremost of which is the impediment to it's spread by the communist revolution of 1917. The game as at that time was seen as an affair of the 'bourgeois' and so playing it was greatly discouraged among the populace.

The 'China national cricket team' (the cricket team representing people’s Republic of China) Became a member of ICC in 2004. One of the main discouragement is their poor performance in the international competition, who would want to continue watching a game where his country is performing woefully or booted out in the group stage match. That was the fate of China's national team when they took part in the ICC t20 cup in the United Arab emirates. They lost their first match to Afghanistan, lost by a wide margin all the group matches, the last of which is the eleventh place play off with Bahrain, finishing twelveth.

The Popularity of the game is not dependent on how developed a country is but rather its appeal to the audience. My thoughts are, its origination (UK) and because most of the countries involved were former British colonies, Commonwealth nations. Things to be done to attract other countries involves using the modern T20 cricket. It is flashy, accessible and entertaining because it is made for screen viewing (television). The ICC should also work with the countries to promote the game in high schools and universities.