MAJOR THREATS TO US ECONOMY

The American economy has been wobbling for decades, thanks to economic policies which directly or indirectly affect it in a number of ways. The following factors are what mostly contribute to the threats faced by the US economy over a decade and still continue in today’s modern economy. 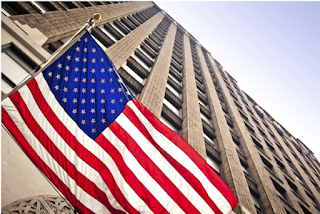 Inflation- this is when the price of commodities soars high while the demand and supply remain the same, the effect of this is the fall in standard of living of the general populace. The current consumer prices in the United States increased by 0.2 percent in the month of august, same as July. The inflation rate stood at an average of 3.32 percent. Although a slow rise in the prices of commodities and or inflation can contribute positively to the economy, care must be taken because the bulk of consumers are what contribute to more than 70 percent of the country’s gross domestic product.

Deficit-the excess of expenditures over revenue in a period of time is what is referred to as deficit, the US deficit stood at $483 in 2014, it is estimated to be $474 for 2016. The implication of this is the increased vulnerability to fiscal crisis, the state whereby investors would be afraid to invest or borrow money to the economy. The government would have to borrow at exorbitant rates putting the economy in a negative state.

Globalization-the effect of this has produced a growing of number of employees around the globe who put in more hours at work on low wages, this made industries and companies shift their base to places of cheap labor. This is notably present most of the over-populated continents of Asia and Africa.

Technology-the effect of advancement in global technology leads to machines replacing humans in many companies, this reduce the number of employees in a company and in turn increase the rate of unemployment in the US.

Tax policies-the bulk of tax policies favor investors much more than middle class and average wage earners. The negative effect of this to the US economy is the low patronage experienced by businesses; some may not put off and may lead to them packing up. The government keeps experiencing a decline in income tax revenues.
Shareholder value-companies tend to be obsessed with shareholders at the expense of employees and customers. This often leads to cut in employee cost.

Unemployment-the current unemployment rate in the United States is at 5.10 percent, same as the month of August and September. This translates to more than 7 million numbers of unemployed in the US. The effect of this is that instead of having a population of 7 million workers paying tax and increasing government revenue, the result will be 7 million people eligible for unemployment insurance, sucking the economy rather than contributing to its growth.

Other threats to the US economy include the rise in house prices and the debt crisis rocking Europe. The above factors put the system out of balance by redistributing wealth. The assets and income shifts largely to the richest of the society. The problem with that is, the consumers which are to a large extent the real drivers of the economy end up with little or no money to spend, businesses in turn suffer because making them look for alternatives to cutting cost, the consumers are hurt again even more this time around.