It was a time when we were studying and our marketing professor had given us a project  to evaluate the marketing campaigns of different brands, highlight the basic flaws and advice improvements based on the marketing concepts we had been taught. It was quite interesting to work on this project for me and my friend Ahmed because we both had to work as a team and for this project we selected Mountain Dew Pakistan whereas our fellows selected other famous brands and they also came up with very unique and interesting ideas which had been appreciated by our professor very much. We are happy to share our concept publicly and would appreciate your feedback as well.
I M A G E      D I F F E R E N T I A T I O N
DEW portrays an image of a drink that is meant for adventurous, enthusiastic people. It enhances your energy level and allows you to do something new, adventurous and excited. Dew is basically a young drink, meant for young and active people.
C O M M U N I T C A T I O N        C H A N N E L
Mountain Dew uses two communication channels
1.           Electronic Media
2.            Print Media
Initially direct marketing technique was also used. Free samples were being offered by mountain dew’s roller skater boys wearing a complete kit on the signals. Such kind of direct marketing has not been dared by others. It is different and innovative.
For their sales promotion initially they used Price off strategy that is
tin can of Rs.20 was sold for Rs.10.
D E W     C U R R E N T      A D    E V A L U A T I O N
The dew’s current ad has many flaws in it, as mention above likewise it is way too unrealistic, extreme nonsense action it has. The concept is totally a piece of trash.

A sketch of the current ad is stated below
Four guys are on a boat. Doing some fishing, as they are unable to catch a fish, all what they do is fire dew can into the water with the help of fishing rod with some great pressure. In order to get that can back a guy wears a rocket on his back and dives into the water. As he catches the can he takes his direction upwards and gets into the air and opens the can to drink dew. Eventually the ignition of the rocket stops and he falls back into the water and the rest of the guys are like “bohat allaa “
Why would a person fire a dew can into the water if he wants to get it back again, wearing a rocket on your back doesn’t prove you to be an adventurous person but it surely gives a clue that you are  absolutely deranged. Moreover a person who can not catch a fish even would he be able to catch a can of dew by diving into the water with a rocket on his back?  It should be rather based
on some realistic kind of act or may be some sense making concept. It’s only appealing to male gender, showing itself as a masculine drink. The purpose of the drink is no where shown in the commercial the ad is irrelevant. They portray that by drinking this ordinary can of soda, you literally become a whole different person. They talk about them being male oriented they aren’t appealing to all audiences. The Desi slogan in the end sounds quite odd, specially a white person speaking Urdu. The Urdu dubbing of bohat allaa makes it more unrealistic. The whole ad gives an idea that they are trying to make a fool out of you. Showing extreme action gives rise to activities that children try to do at homes, which can result in serious injuries.
O U R      C O N C E P T
In our ad we will try to make it as realistic as possible. We will try to show a true picture of adventure and we will try our level best to show some Pakistani location so that it can depict the culture and values of Pakistan. 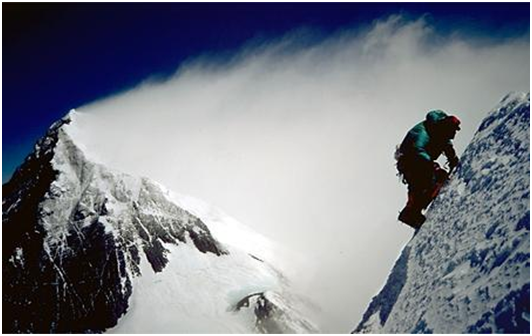 Showing a stuck man at K-2
Four Climbers are trying to conquer K-2, three of them who were carrying mountain dew, get able to conquer the K-2. While the other climber who did not have dew with him gets all tired up and their energy level gets to zero gets stuck at some point. The reason for his being stuck was only mountain dew that he did not have it and since by drinking it; it enhances your energy level and gives you courage. So to climb the K-2 further he needs some energy which dew can give him, so the rest of his companions spill Mountain dew from the peak towards him and it reaches him in the form of dew and he drinks it and gets energized and gets able to conquer the mountain. 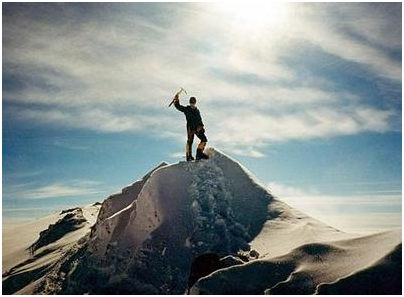 Finally he conquers K-2 after having dew. 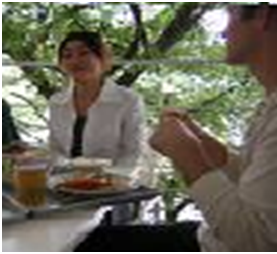 Sohaib Khalid is the founder of "ThinkLikeGiant". He is an Apparel Merchandiser and have been working for Denim companies and brands since 2008. He loves blogging that's why started this blog with the aim to share his knowledge and experiences for the people associated with his field as well as for general public.
Follow Him: Facebook » Twitter » Google+ »  Linkedin