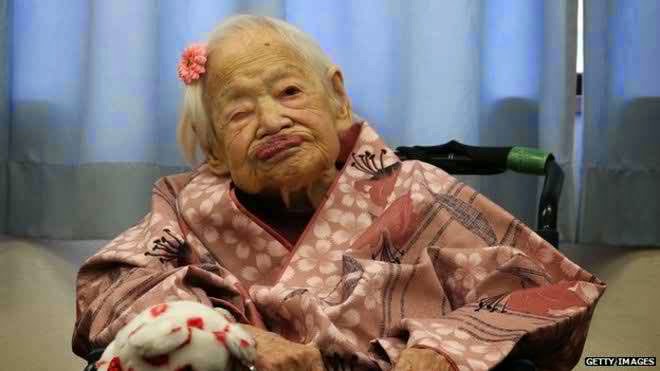 Misao Okawa, who was born on 5 March 1898 in Osaka has recently celebrated her 117th birthday with her family. She is living in a nursing home in Osaka. According to the medical reports, she is still in good health except having some trouble in hearing.

She got married to Mr Yukio in 1919 who died in 1931.They had two daughters and a son. Mrs Okawa now has four grandchildren and six great-grandchildren.

She was officially recognized as the world's oldest person in 2013 by Guinness World Records.