LEGENDS IN CRICKET, WITH OR WITHOUT WORLD CUP TROPPY 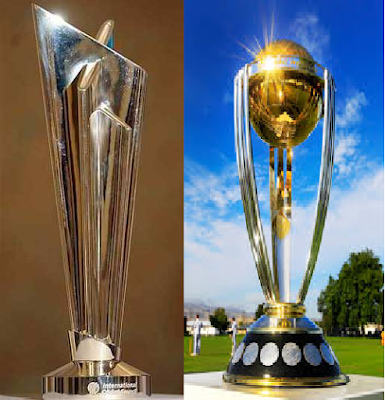 World Cup Cricket 2015 has ended now and all eyes were on the legends, especially those who has left International Cricket after this world cup or those who will be leaving soon. Every team mostly rely on their senior players, especially in big tournaments like World cup and no doubt this will be a dream of every player to get his team on top always. Let’s wait and watch for the next legend who will be leaving this game with pride as T20 World cup 2016 is about to start in this March now.

Below are the legends who could make their dream true.

Below are the legends who couldn't lift the world cup trophy but they are already behind so many achievements for their teams.

Below are the Legendary cricketers who played in the recent world cup.
We wish them all best of luck and will remember them as legends either they lifted the trophy or not.

There are many legendary players who had either left the game or playing in the recent T20 world cup but they already had the taste of World cup trophy.