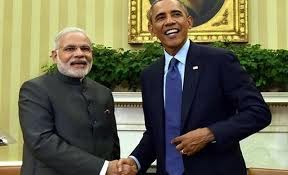 US president Barak Obama's recent visit to India, Governor Punjab Chaudhry Sarwer resignation and blast in shikar pur,  apparently there is no similarity among all these incidents but most importantly these have left many questions behind about the foreign and national policies of Pak current government.

Indian government is already overjoyed and confident due to their extended strategic relations and defense ties with USA but we are not going into this debate that what deals Indians are going to sign with USA because our government must feel it as their failure and despite claiming themselves as strategic partner of America, Mr Obama did not bother to offer any such deals to Pakistan which is being propagated by Indians these days. Thanks Chinese government and COAS whose diligent and swift responses helped us to keep straighten our shoulders at right time otherwise this severe ignorant behavior over these sensitive issues were about to leave no good impression in our mind regarding foreign policies of this government. Though they have given few statements over Indian efforts to gain permanent seat in international security council but these are not enough, we have severe issues with India and most important are the water and cross border confrontations over various other serious matters but regretfully this government didn't have time to raise our voices at larger platforms.
Governor Punjab resignation had been anticipating by some anchor analyst from couple of months. Though he associated this delay with the sit-ins in Islamabad but his blunt exit should be enough to get awakened this government. This is another set back for them because if their own trustworthy partners will be started leaving them like this then where does the credibility of this government stand ?

Government was in the rehabilitation process after Peshawar attack, shikar pur incident has opened up a new chapter regarding their security policies and on other side terrorist are entering into our small cities now and with their Clear agenda to destabilizing this country internally.


Government is also trying to get credit for giving some relief in terms of oil prices reduction but we should think wise if we are being transferred the real impact ?, Also government is trying to get credit of this reduction which is just happening due the cut in Oil prices in international market.They should take off the blinders now and must see outside the window, there are many problems and issues which have been waiting for their attention since long.