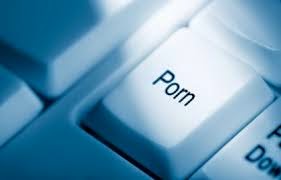 Few days back, a report published by various sites on internet which were claiming that according to the Google, Pakistan is among the top list for most porn searching countries and they also kept many other Muslim countries on top. Their criteria of establishing this fact was based on the most number of searches against different words and interestingly animal sex was on the top. In return of this report, we also see many counter attacks and these facts are being denied by some other websites even with the proof of Google data index. They further emphasis it as propaganda against Pakistan as well against many other Muslim countries.

Well we are not going to be a part of this debate but we must understand the severity of this issue, even if we assume it a less intensive matter than why it is being promulgated by some certain groups so we must admit the fact that something fishy is really happening around which has given others opportunity to reveal these facts.

We believe that Pakistan is a country which has produced IT intellectuals like ARFA KARIM and recently one of our hardware engineer from Karachi invented a 3D printer, these are few examples and if we start searching, we will get lot more because we always feel proud to have a rich land with such talented individuals. We are facing the issues like insufficient resources and lack of awareness only.

How many IT universities do we have in Pakistan competing Internationally ?  we don’t need to go far away for comparison, just see our neighboring country, Do we have any IT city like Bangalore here in Pakistan ? you will be surprised to know that on the basis of an agreement to exchange the intellectuals between USA and India, many American students are studying in India. Where do we stand?

Now let’s come to the point, we provided internet facility to our nation but with no proper knowledge and guidance that where and how can we have the best use of it ? Due to this, our young generations especially teen agers is getting the use of it what best they could feel.Unfortunately our old generation is not very much familiar with the beneficial use of this technology. So rather than being a part of this propaganda, we must sweep our doors first and help the nation where  improvements are need to be done.

I wish people come and discuss this openly in order to spread the awareness at every platform.