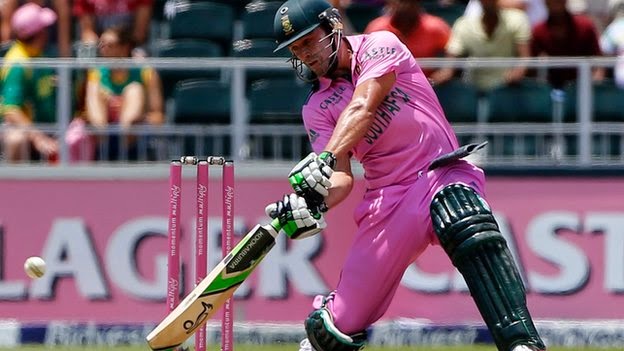 Yes in early 90s it was just a dream to play such innings in one day cricket but then we saw a man with his Boom Boom style brought some more colors and attraction in this form of cricket. We should give credit to Shahid Afridi whose playing style made this form of cricket more popular after he made 100 on just 37 balls but even after years this record seemed unbroken and we had been watching Afridi playing some remarkable such innings but then he was Coray Anderson who proved his existence in this list and broke this record with 100 on 36 balls against West Indies in 2014.

And now after one year, AB De Villiers set the new landmark during an innings of 149 against the West Indies in Johannesburg.He smashed eight fours and 10 sixes in beating the previous ODI record of 36 balls.

For your further interest, you can see below the list of Top 5 one day fastest centuries.


Now lets wait and watch who can break this record but one thing De Villiers has proved that NOTHING IS IMPOSSIBLE. A lesson for youngsters.